Good news for all Windows users. Microsoft has finally stated that by the end of September, the next update of Windows is all-ready to launch in the market. But there is some processing left in the development of Windows 10 version 1909. 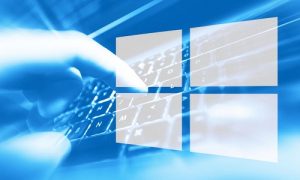 It was noted that Microsoft will release the latest version of Windows 1909 in the early days of October. But Microsoft did not officially announce the name of the new update. From the sources, it came to be known that this application will be named Windows 10 October 2019 Update.

If you are a Windows user, we would recommend you to install it to get a better experience. You will get something extra from 19H2 than the other Windows updated versions.

Before you install the Windows 10 19H2, first of all, you need to know the features that this new updated version is offering to its users.

In the Windows 10 19H2, you will get the new calendar flyout system so that you can create events directly from the taskbar. This new version also offers its users Action Center improvements. Besides, you will get a New Manage Notification button at the top of the Action Center tab.

In this Windows 10 19H2 version, you are going to get an interesting feature. This new version is coming up with the updated lock screen option. Besides, you will also get the opportunity to turn on the Third-Party Assistance directly from the Lock Screen button.

The latest updated version of Windows 10 is bringing up a significant improvement in terms of power efficiency for the processor that is running under the Windows Operating System. It has assured the battery life issues for 2-in-1s and the newly arrived laptops.

Besides, Microsoft has developed the performance issues for the Intel processor-powered PCs.

But the system requirements will remain the same as it was before. These requirements will often arise when Microsoft will include a lot of new features. So what are you waiting for? Install it to get the best experience. .

You will get a processor of 1 gigahertz (GHz) or faster processor or SoC. Besides, there is a RAM of 1 gigabyte (GB) for 32-bit inside the latest version of Windows 10.  And a hard disk space of 32 GB for both 64-bit and 32-bit OS.

You will get graphics card DirectX 9 or later. Moreover, you can get a display resolution of 800 x 600.

Till now, Microsoft has not formally announced the actual release of Windows 10 version 1909. But it can be guessed from the sources that the release date would be most probably on October 2nd.

Guidelines To Use The Terminal Command Line In MacOS
Steven Devane November 21, 2019
© 2020 | All Right are Reserved by Error Code 0x