What Song Is This – Identify Songs Now!!

We listen to our favorite songs while we relax, traveling somewhere, and also during the time of meditation.

But sometimes, when we listen to FM radio or some other music player, the song that is being played might catch our attention. It’s quite obvious, we cannot guess the name of that particular song.

Methods to Identify a Song

These are the top three methods by which you can identify the song easily. Now let’s dive into the details.

If you are using an iPhone or an Android phone, then you need to ask it’s AI speech recognization firmware, which is known as the Assistant.

The iPhone’s voice assistant is Siri, Bixby for Samsung, and Google Assistant for Android, which can help you. To find out a song, just follow the steps which are given below.

So, after fetching the details, it will display the song’s name, lyrics, artists, release year, and album art.

If you are using an iPhone, then you must go to the “Settings” and then to “Google”. After that select “Assistant and Voice” from the Search box. Then turn on “Voice” and enable the feature of “Access with Voice Match”.

Note: This procedure is only for the stock Android devices like Google Pixel, which comes directly from Google without any customization. In case if you are using a customized Android phone, then the process will be a bit different.

Samsung also has its own AI speech recognization system, which is known as Bixby. If you have a Samsung smartphone that has Bixby in it, then go to the “Settings”.

Then navigate to the “Applications”. Now type “Bixby” in the search box and it will appear in the corresponding results. Thereafter, turn it on and choose the “Use while phone locked” option.

If you are using an iPhone, then access the “Settings” and then go to “Siri and Search”. Now turn on the “Allow Siri When Locked”.

After turning on the AI voice recognization firmware, you need to follow the general process for catching and identifying a song. The points are given above in bullets.

Method 2: Use a Song Tracking Software 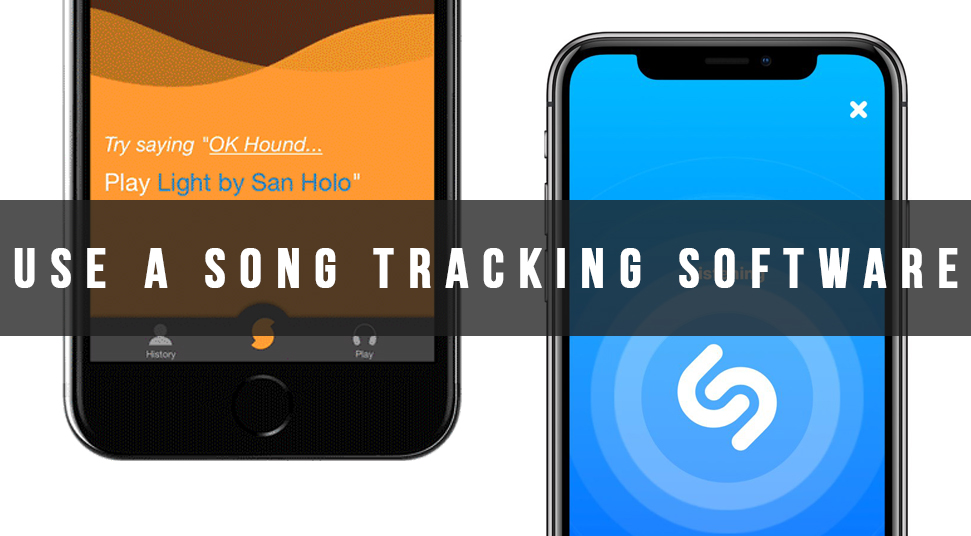 There are various types of song tracking software you can utilize to identify a song. Let’s discuss some of them which are very much popular nowadays along with their functions.

Shazam is a very well known and userfriendly song tracking software that supports both Android and iOS devices. Its pros are as follows.

It also has various cons that are given below.

Next, open the software and go near the device where the song is playing. Press the large “S” icon and the application will hear the song. After that, it will provide you with all the song details.

In case you did not download the detected song, Shazam allows you to play the song from the software itself in offline mode. You can also command your Phone’s assistant to start Shazam and then the application will carry out the entire operation automatically.

Just like Shazam, SoundHound is also an application that detects a song and delivers you all the information about it.  It also has many pros and cons. The pros are as follows.

There is only one negative feature of SoundHound. Its accuracy is not at all that great as compared to other applications. Besides, it does not detect your vocals correctly at once. You might have to sing or hum a song multiple times in order to get perfect accuracy.

You can get the application on its official webpage. So, download the executable file and install it. However, we recommend you download the latest version of the SoundHound app. 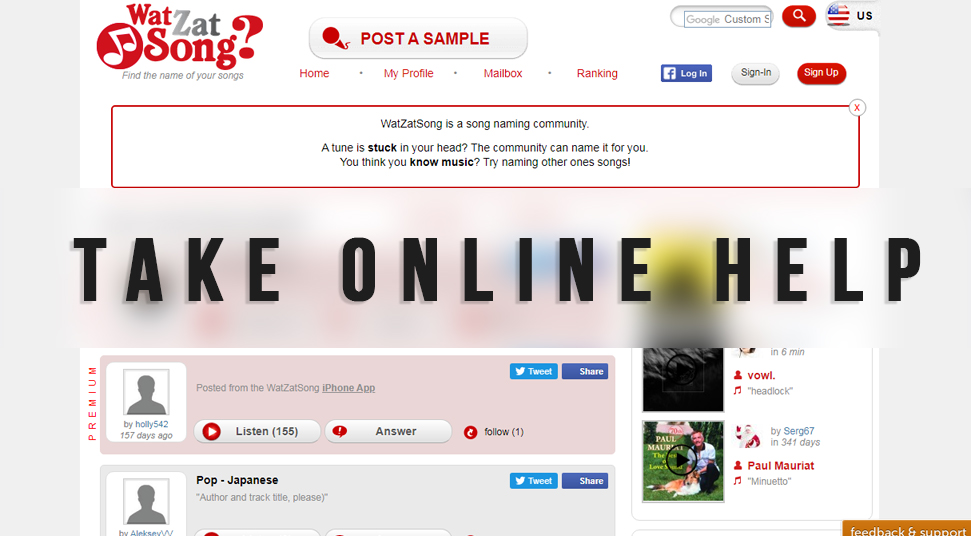 If you cannot download or install any of the applications, then it will be helpful for you to take help from forums where these type of discussions goes on. One of the famous song discussion forums is WatZatSong.

In this forum, you can sing, hum or record a song and upload it. There are many music lovers who will know some details about the song.

Hence by following this method, you will be able to get the correct information about the songs you hear next. 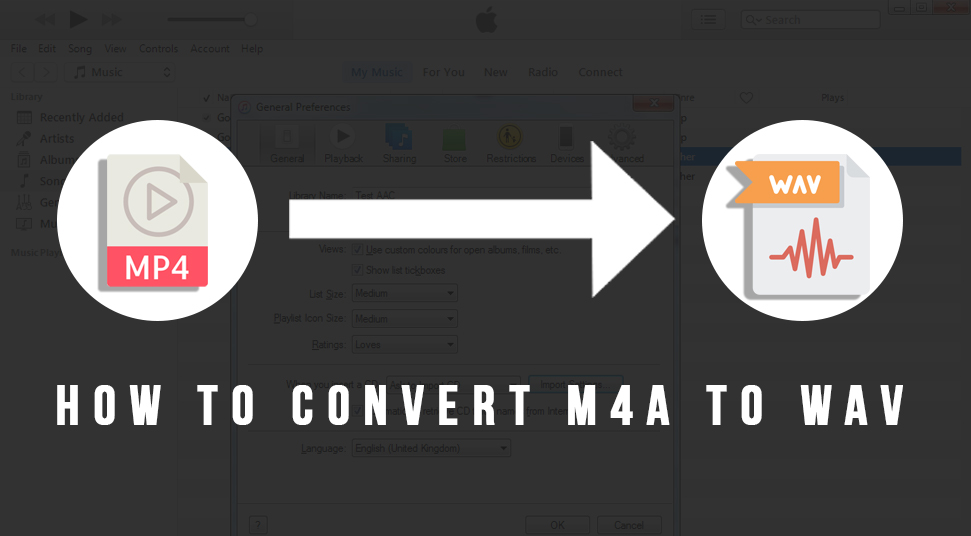