A Quick Guide On How to Use Multiple Windows In iPadOS 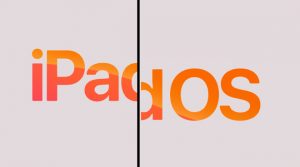 Thanks to the Apple technology that provides such features like Expose, Split view and slide over. These features are incredible when it comes to multitasking or multiple windows sharing on your iPad screen. You can work on two or more apps at the same time.

What are Expose, Split View and Slide Over Features?

Whereas, Split View feature enables access to operate two applications at the same time. You can select two apps on what you want to work simultaneously. You can adjust the screen ratio between them. There are options available that you want to apply to the screen divisions. But this Split View feature never lets you use more than two applications at the same time.

How to Use Multiple Windows of the Same Application?

You can easily use multiple windows of the same running application. As we have mentioned earlier, that you can do the same while browsing on the Safari browser. You need not leap from one window to another because it would mess up your job. It would be better if you use the Expose feature on your iPad to do the same operation.

If you have launched more than two windows of the same application, then you have to go to Dock again. Tap on the icon of the application to see all the windows of that particular app. Then opt for that window on which you are going to work.

How to Use Two Apps on the iPad, at the Same Time?

After you have learned how to use multiple windows of the same app, you can move forward to this section. You’ll get to know how you can use two apps simultaneously. The feature you are going to use is the Split View feature. Even you can adjust the screen or window sharing of two apps on the iPad.

Launch any app of your own choice. Swipe up now to see if the Dock becomes visible. Next, you have to tap on that app you want to launch now. You can use these two apps now by using the Split View feature. Adjust the screen of the later launched app using your finger to the left or right of the iPad screen.

Now, you have opened two apps, simultaneously. We hope that you have found the basic difference between Expose and Split View feature. If you drag the Dock again, you can see open apps and the pair of each app. This time you are using the Expose feature on iPad. This is how the Split View and Expose features work on the iPad.

How to Open an App Using Slide Over Feature?

You can see any app over apps using this particular feature: Slide Over. You can have access to more than two apps when you use this special feature of the iPad. Follow the below instructions to use the Slide Over feature.

You can slide an app back when you are not using the app. Slide Over feature is very helpful when you have to use multiple windows of multiple applications on your iPad.

Hopefully, the article was helpful for providing complete information on how to use multiple windows in iPadOS. You can raise your queries if you find it difficult to apply any of the features to your iPad. We will reach you with the most helpful answer.