How to Speed-up Slow Tablets – 7 Tips

When it comes to tablets, they’re perfect for watching movies, and more. Unfortunately, they can also slow down fast. After all, you’re probably downloading apps to improve your viewing experience.  There are some things you can do to speed them up, whether they’re iPads, Android, or Windows. We’ve talked about this below.

Contents hide
1 Get Rid of Apps
2 Are There Apps Running in The Background?
3 Get A Different Launcher
4 Update Your Tablet
5 Reduce Your Animations
6 Factory Reset
7 Don’t Auto-update
8 Final Thoughts

Get Rid of Apps

As established, many people use them to consume media. Having too many apps would lead to your device slowing down. This is as they would eat up storage and your system’s resources.

By scrolling through the apps on your home screen or menu drawer, you probably won’t get a good scope of the number you have. That’s why you should go to its Settings, and then Apps. Run through the list and uninstall a few. Some of them may not let you uninstall them, so disabling would do the trick. They’d be stopped them from eating your system’s resources, but they’ll still use its storage.

If you’re using a tablet that’s locked, we have some bad news for you – there are probably many applications that you can’t get rid of. They come in the box and are called bloatware. However, as mentioned, you can disable them.

If you picked up an iPad, you’re in luck. It’ll most likely not come with any bloatware. This is true for their phones too. Windows tabs aren’t as common to be sold by carriers.

Are There Apps Running in The Background?

Once you open an app, it could stay running in the background. Some may also eat up your system’s resources. This will not only cause your tab to slow down, but its battery would drastically be impacted.

By regularly clearing what’s running in the background, you can limit this. However, you can also take this a step further. You can go to your unit’s Settings, then Apps, and look at the Running tab. You’ll get a run-down of what regularly works without being opened. You may think you need it, but since you know how exhausting it is, you might want to get rid of it.

Get A Different Launcher

If you’re not an avid Android user, you might not know that you can switch launchers. This is one of the benefits of how customizable the operating system is. You can simply download them from the App store. There are many to choose from. We recommend popular ones, like Nova and APEX. Why would you do this? Because the OEM your tablet has may be heavy-handed. This depends entirely on the brand you purchase from, though. Huawei and Xiaomi are known to get the most extensive with their user interfaces. This is as they make them so customizable, and let you play with many skins and themes.

There’s a reason operating systems regularly update; to make them run faster. They also get rid of patches that affect security. You should go to Settings and see if any updates are due. If it’s an Android, you’ll realize that the frequency of updates it receives depends on the brand you purchased from. This is as manufacturers have to update Android in line with their UI.

Meanwhile, Windows tabs don’t utilize any user interface. They run the operating systems directly, so they’re updated and supported for years. This is why they are widely 2-in-1, as they make for perfect daily-drivers [source].

IOS/iPadOS is also known to update for years.

Of course, the carrier you purchased from would affect how often you get updates. They may roll it out later than everyone else.

You can make your tablet much faster by working on its animations. If it’s Android, this isn’t the easiest thing to do, though. You’ll have to go to its Developer settings. This means you have to open general settings, then the About section. You’ll see its build number. When you tap it several times, the device’s Developer Options would open up when you visit the main Setting’s menu again.

You’ll have to go to the Windows animation scale, then the Transition Animation scale, and finally, the Animator duration scale. When you turn each ‘off’, you’ll realize that your tablet becomes a lot smoother. Of course, you can meddle with it. There’s a range of animation speeds to choose from.

Factory resetting it would take it back to the day you first switched it on. All the files, apps, and memories you had will be gone. If your tablet is very slow, this is the best thing to do as it’s like using a new device. But make sure you’ve backed up whatever is important. Thankfully, OneDrive and iCloud exist for a reason. Generally, factory resets are the last resort as they mean that you’re deleting things fo good.

Yes, regularly updating your device would make it faster. However, you shouldn’t enable auto-updates. The device would regularly look for them, using up its resources. As you know, Windows tabs get updates for years, so they’d especially be taxed. iPads are supported for years too, so this point is also true for them. After all, the iPhone Air 2 which was released in 2014 is getting the iPadOS 14 updates [Source].

When it comes to tablets, there are many ways that you can make them faster. The best thing to do would be to get rid of any apps that you don’t need since they take up space. If there is bloatware, you might not be able to delete them, however. Thankfully, you can disable them. You should also update the device. This would optimize them to current standards. They’d also be remedied of any security patches.

However, don’t enable auto-updates. Your tab would regularly look for them, which would slow it down. You should manually check for them, instead.

Overall, you can factory reset it too. This is something that all tablets allow, whether they’re iPads, Windows, or Android. It would be like switching it on for the first time after you bought it. 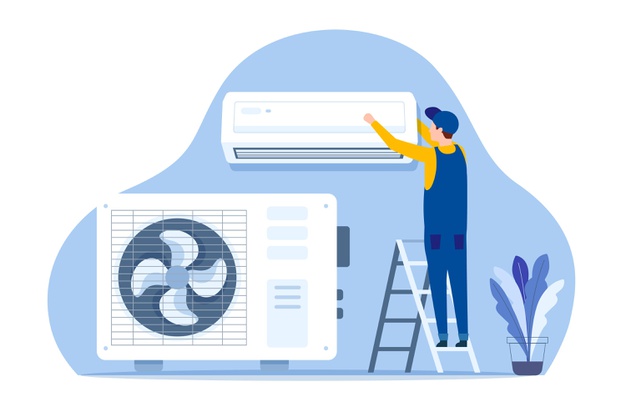